\ A Summer with the Shiba Inu - Otomi Games 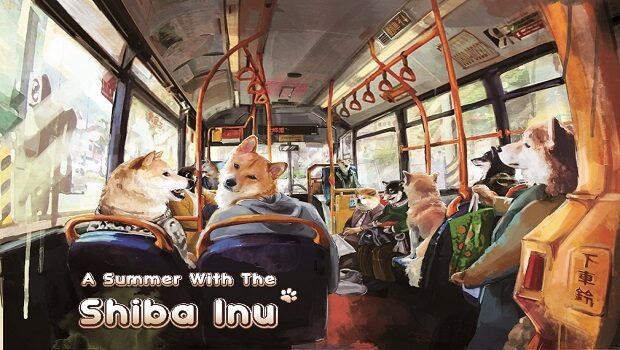 A Summer with the Shiba Inu is a visual novel with interactive, meaningful choices.

When Syd the Shiba Inu returns to Shiba Island after a ten year absence, she sets off a chain of events that overturns the lives of all the dogs she had left behind. She gets back in touch with her old friend, Max, and along the way meets a mysterious Labrador retriever named Quei-Li. (What’s a Lab doing on the Island, anyway?) They are her only remaining allies as she tries to survive the past that made her leave the Island in the first place.

An emulated instance made so that Reality can be reallocated amongst the dogs of the Island.
This allocation is based on ranking, and therefore how good a dog is.
It could be said that the ranking based on these ARInas maintains the social order.
And it is in my best interests to ensure that I have the highest ranking possible. I will fight tooth and claw for it, because only then can I gain freedom…