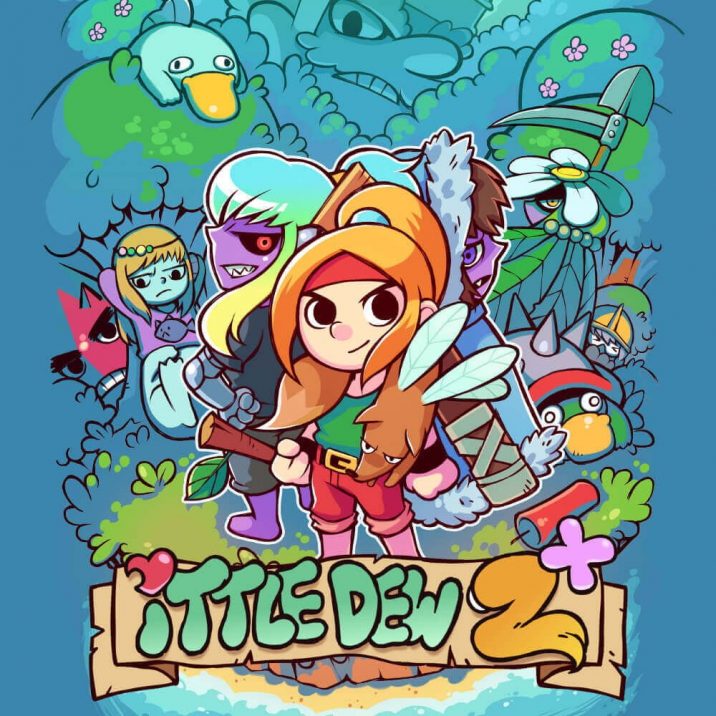 Ittle and Tippsie crash onto yet another island filled with loot, puzzles and mysterious inhabitants! They immediately set out to steal eight pieces of a raft from increasingly improbable locations including beaches, prairies, an art exhibit and some dude’s basement.

Ittle Dew 2 is a charming and humorous 3D Action Adventure game with a focus on exploration and combat. Tackle the game’s dungeons in any order and discover the many secrets of its expansive overworld. With four main weapons, combat and puzzling is streamlined, yet upgradeable inventory items add RPG-like character progression!

Features:
● Who needs a map, anyway? Tackle the first seven dungeons in any order you want, and use items to open various shortcuts within! The craftiest of adventurers know there’s more than one way to open a locked door…
● Characters are now in true 3D!​ With a bright art style and tightly focused gameplay,​ Ittle Dew 2​ takes everything that was great with the original ​Ittle Dew and adds more exploration and content, vastly improved movement & combat, lightweight RPG elements such as upgradeable equipment, and randomized world events!
● Discover four weapons that double as puzzle solving items, and upgrade them by finding additional copies of that item!
● Locate “Secret Shards” to unlock additional challenging secret dungeons!
● Utilize warps as a mode for fast travel throughout the overworld!

This title has been sneakily updated to Ittle Dew 2+ while you were sleeping. The plus sign means that it’s a little bit better than before:
● Dream world added, a new area with five dungeons focusing on puzzles.
● Collectible cards added, which are found in the dream world dungeons.
● Added an Easy Mode where you take less damage. You can switch it on or off from the pause menu at any time.