Karate Krab has a set of skills that allow him to overcome the predicaments he finds himself in. Using his ‘Karate Dashes’ KK can shoot into four different directions at high speed to either cross chasms or attack enemies. After hitting an enemy, KK can then dash again which can lead to chain dashing! 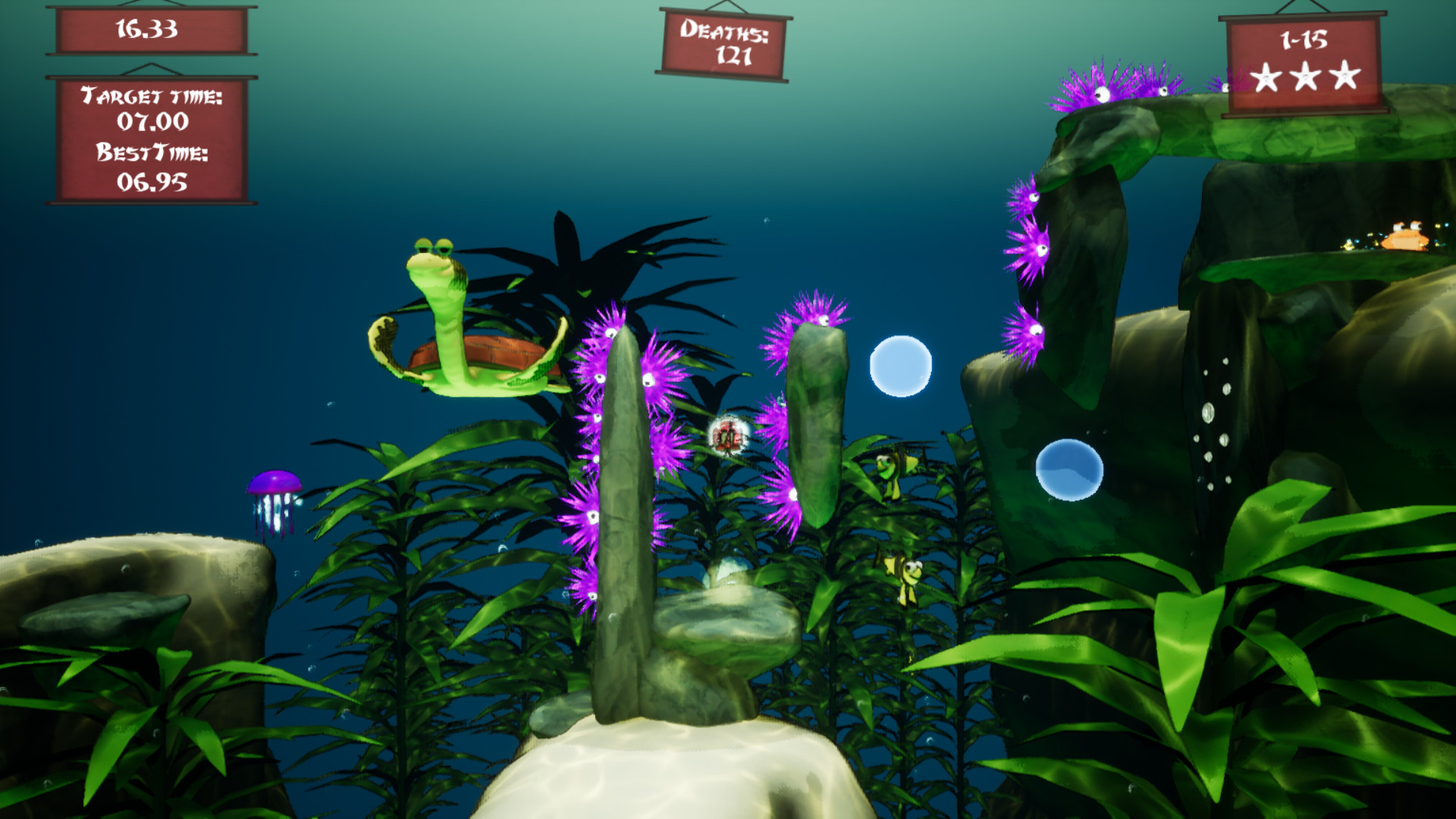 With 60 levels and 3 bosses, Karate Krab is packed with tense action and fun gameplay.

There are multiple routes to take and hidden collectables in every level!

With a 3 star-fish rating system in place on every level based on speed, it’s important to race through Karate Krab earning as many stars as possible! 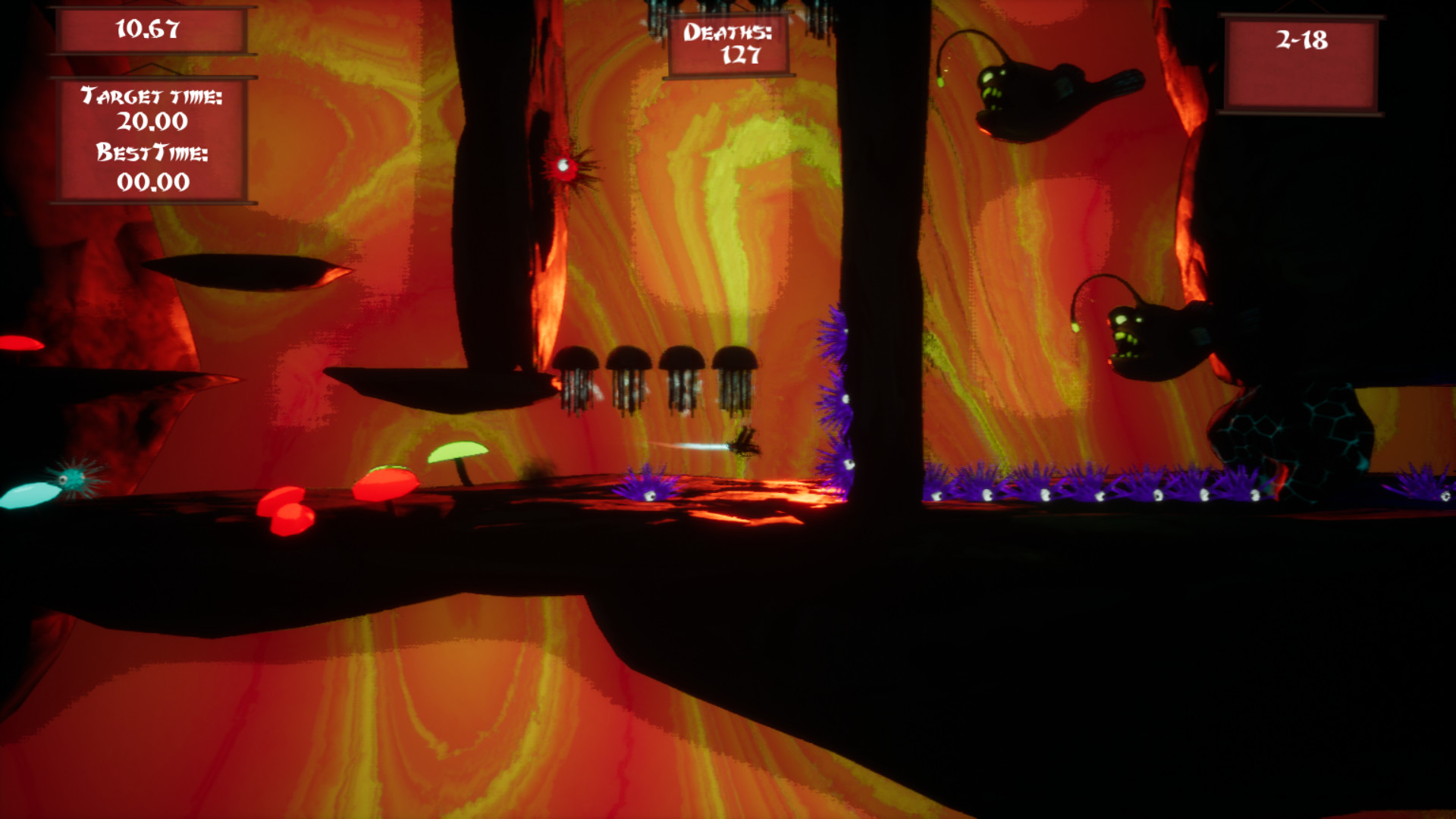 Abandoned by his cast, our hero finds himself waking alone. After searching tirelessly he gives in, defeated. A boat crashes through the waves on the surfaces, in its wake an object is dropped. As it floats down towards our hero it becomes clear that the object is a white GI! Curious, our hero touches the GI and finds himself imbued with the power of karate for literally no reason whatsoever.

With his new-found power, he vows to take down all of the crabs who wronged him as well as any other sea creatures that stand in his way.