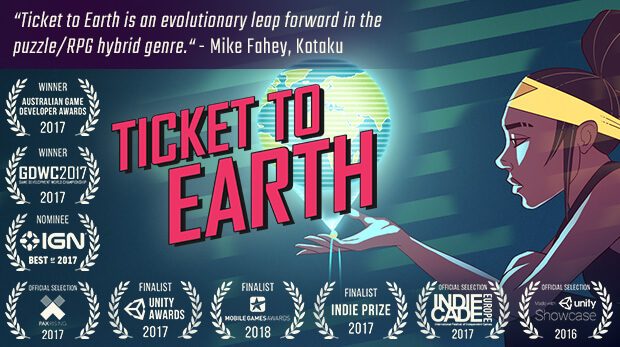 A distant planet. A dying colony. A deadly conspiracy.

Fight a corrupt system in Ticket to Earth, the revolutionary tactical puzzle RPG!

With the mining boom over, the colony of New Providence is dying and only one Earth-bound ship remains. Forced to fight to protect everything she loves, orphaned Rose is trapped between bloodthirsty marauders and a corrupt government.

The puzzle grid is your battlefield as you position your team, collect matching tiles, and power up devastating combat abilities. You’ve never played anything like this!

With the Ticket To Earth saga now complete, there are over 100 unique battle locations and hours of narrative driven gameplay as you fight your way across New Providence.

Join the fight in Ticket to Earth, a sci-fi epic of betrayal and insurrection.