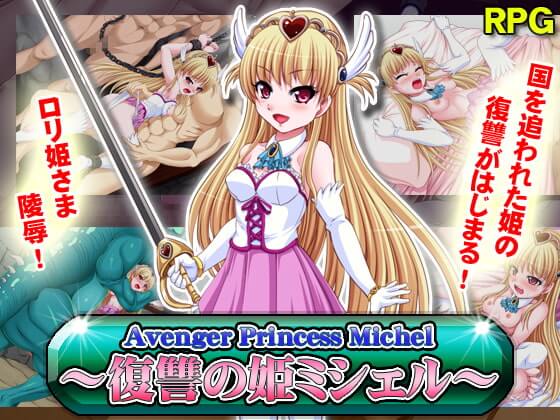 Princess Michel of Tenga was in love with the knightshead Carulo.
Perhaps it was their love that fueled the wrath of Zeyar from Viniella.
Zeyar had a fondness for the tiny-breasted lolita and wished to make her his bride.
To this end he used the black arts to summon an ancient dragon
and conquer Tenga, lay claim to the princess.

Michel was defeated by the ancient dragon.
She was forced into captivity.

However, thanks to her associates Sharo and Amelia, she was able to escape.
Michel had one desire: vengeance on Zeyar!

After all she’s been through, Michel still faces the threat of downfall.
Endless r*pe, torture, and so on.

Before a storm of assault destroys her, can she complete her avenging quest?

There are multiple endings based on Carulo’s life or death route.