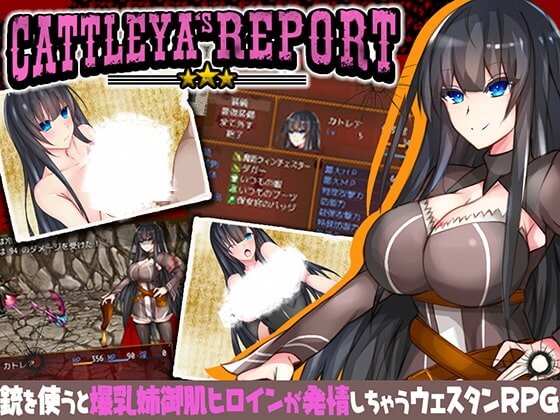 The busty sheriff “Cattleya” was found unconscious
and saved by two siblings who owned a gun shop.
After finding out that they owed a substantial debt,
she felt obligated to help them pay it back.
Will she be able to help pay back their debt?
And why did Cattleya come to this town in the first place?

* * Debt and loan sharks * *
Using her position as a sheriff, Cattleya decides
that she will hunt down to loan sharks and reap the
bounty on them to pay back their debt.
Use the warrants for their arrest to search for them
in the fields and dungeons.

* * Go on the offense * *
Though Cattleya is in debt, you can neglect paying it back
and send her into the “enemy” lair to fight instead.
* A bonus play. Contains little bonus content/rewards.