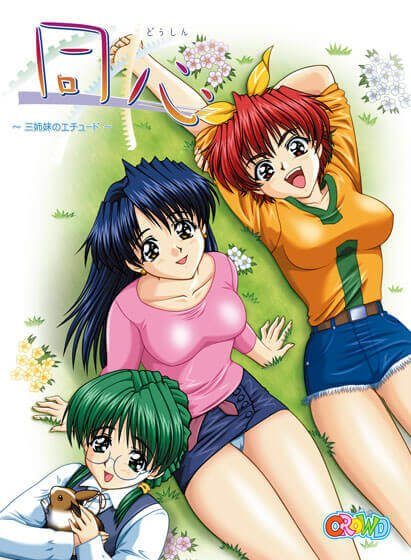 Meet the Suruga sisters, Ryoko, Maki and Miho. Ever since their parents died they’ve been living together, getting by as best they can and never feeling lonely because they’ve got each other. The Suruga sisters have a very special secret: due to an unexplained physical phenomenon, a sensation shared by one Suruga sister will be felt by the other two, no matter where they are. If one sister were to prick her finger, for example, the other two would feel the same pain…and if one of the girls becomes sexually excited, the other two will instantly feel the same emotions, no matter where they are or what situation they’re in. As they go about their daily lives, each girl never knows when she’ll become sexually aroused by the emotions of the other sisters, which certainly has some bizarre consequences for all three of them in this dramatic hentai RPG.