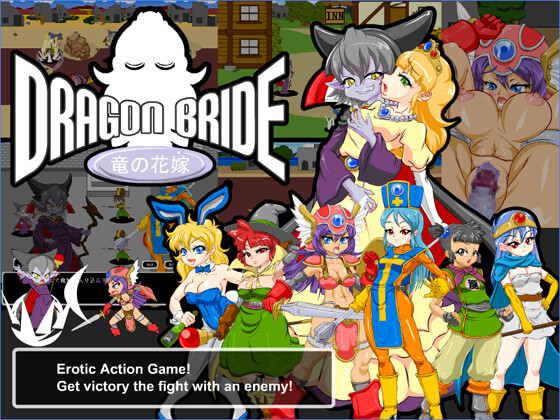 To avoid the conflict, the Dragon King had split the world in two with the Hero, and gave him the land with only guys.
However, the king realizes that their descendants had declined due to the lack of men!
It was a crisis of population collapse that affected even the monsters!

A temporary solution was to use magic to create male genitalia…
but the king’s fiancee has been taken away by the Hero and gone missing since!

“Let’s search for the princess, and ravage the defiant humans with our d*cks!”​