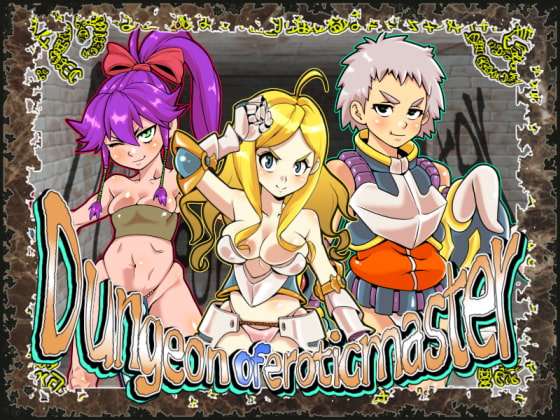 * Important Notice
Support has ended for this product (including bug reports and fixes) as of January 27th, 2021.

[Overview]
This is a pseudo-3D dungeon RPG with animations.
The gameplay is like that of Wi*ardry + H systems
Auto-mapping function is employed and a small map is always
displayed for those who are not good at this type of games.

Can also be played comfortably with a gamepad.
* Key config is disabled in the trial version.

This is the third product of rusimarudou’s game development section.

[Story]
Three swordsmen in a certain country were they are said to be next leaders of the corps.
For their looseness, however, they made a huge amount of debt in a handsome guys’ guild.

While they are at their wit’s end, a debt collector, Manjis, comes with a deal to offer them.

He would like them to find the remains of his grandfather who went into a dungeon
and did not return. He says he has employed mercenaries a number of times but they
only told him that his grandfather went down to a much deeper level.

[System]
Go deep into a dungeon with 22 levels to find the missing King of Explorers!

The command “Provocation” that everybody can use is effective against monsters with
levels lower than the party level. When it takes effect, the monsters will go away leaving some money.

Save their HP as much as possible with the provocation command
and defeat an “Area Boss” to go deeper!

* Defeat Violation Mode
When the last standing party member receives a monster’s r*pe attack,
the scene turns into a defeat violation. All party members’ HP become 1
and their exploration restarts from there.

* About Game Setting
The initial sound volume is set small.
Please adjust BGM/SE volume on the game setting menu.
* This time, the game is not voiced.