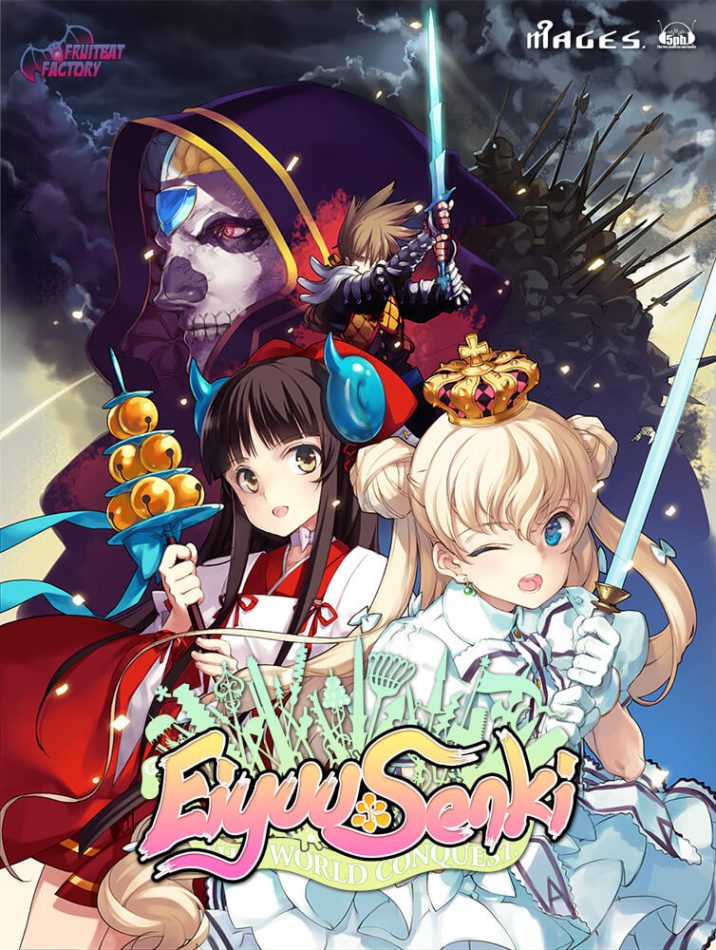 Set in a world run by powerful nations where heroes battle one another for control, Britannia wishes to unite the world through peace, while the European Union has taken an aggressive stance. The seafaring nation of Vinland thrives on pillaging and plundering, while far to the East, the island country of Zipang is faced with civil war. In the midst of all this Himiko, a ruler in Zipang, seeks to unite the world for the sake of peace.

Her ambitions are high but so far she has only seen defeat. One day, while retreating from battle, a mysterious hero falls from the sky and joins Himiko’s cause. The two now set their sights on the war burning around them.

Eiyu*Senki takes you on an adventure to the ends of the earth and back as you help Himiko save the world from an endless war. Along the way you’ll meet unique characters inspired from real historical figures and mythological icons, like King Arthur and the Knights of the Round Table, Marco Polo, Christopher Columbus, Rasputin, Kamehameha of Hawaii, Aristotle and many more.

There are over 70 characters that can join your side, each with their own valuable battle skills and side-quest storylines. Your battle party can have up to six members, so you have literally millions of possibilities to form your “dream team” to take down monsters, zombies, dragons, and evil villains. The tactics based combat starts out simple, but grows to be challenging and addictive.

The leveling system is unique among RPGs, with two ways to level-up your characters: their troops, and their relationship with you. You can purchase more troops for your teammates every turn, increasing their damage output and combat ability. You can also complete side quests to unlock new combat skills and abilities. The game has over 30 hours of gameplay and story, but if you are a completionist then it will take 40 to 50 hours to experience all the characters and side stories.