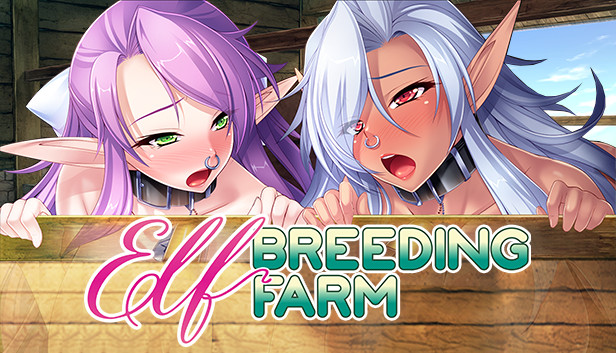 Everyone knows the deal with being reborn in another world by now right? Awesome abilities and overpowered weapons galore! Well unfortunately for our “hero” that isn’t the case. Rushing off to slay a dragon as soon as he wakes up, he quickly realizes he is just an average human in this world too! As if that isn’t bad enough when he returns to town after failing to slay the dragon the townspeople try to sacrifice him instead to calm the beast down.

Luckily, instead of finding out if you can be reborn in another world a second time, beautiful elves appear and knock the big beastie out cold. Instead of gracefully accepting our humble protagonist’s heartfelt thanks for rescuing him, the elves scold him and the townspeople for disturbing the dragon, blaming them for their overabundance of greed.

Once the dragon debacle has been settled, and our hero has been kicked out of town, he dashes off into the woods in hopes of catching a glimpse of one of those busty elf babes again! With a mind addled with lewd thoughts, he stumbles through some “impenetrable” magical barrier and comes face to face with his very angry (but still very hot) saviors who, shockingly, aren’t happy to see him.

While the elves were trying to figure out how a measly human male got past their magic Melvie, the leader of the Dark Elves, appears and whisks our poor protagonist away to have her wicked way with him, tying him up to sacrifice him to some dark spirits! (I know not as sexy as I was hoping either.) However, part-way through Melvie’s big evil speech, our little hero got distracted by her big elven “assets” and her magical restraints came undone! It’s time to show these stuck-up elves the power of humanity!

Who would’ve thought, the best counter to ancient elf magic was a dirty mind? So, do you think you’re a lewd enough dude to domesticate this elven empire?

Elf Breeding Farm is the English localization of a Visual Novel originally created by prolific Japanese developer Norn/Miel. We at Cherry Kiss aim to provide an authentic Japanese Visual Novel experience to gamers outside of Japan.

** PLEASE NOTE **
All characters described and visually represented in this game are over 18 years of age, and no actual, nor identifiable minor was used in the production of this game.