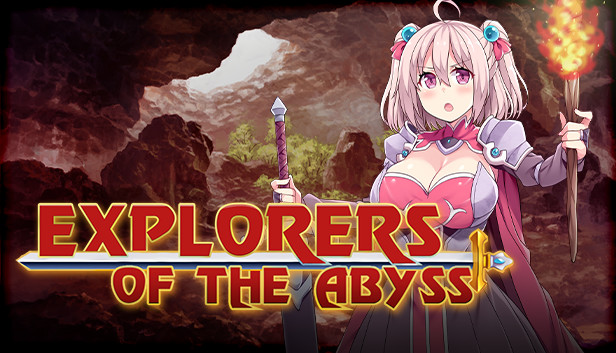 [Synopsis]
Accompanied by three allies, Ovelia the lady knight ventures into a dungeon called “Abyss”!
However, the darkness spreads over Abyss and cruel monsters and sexual traps are waiting to befall them.
Will they be able to solve the mysteries of Abyss and remove a curse from their king?

[System]
– Dense Dungeon
There are not only monsters but also inhabitants and adventurers in Abyss.
Communication and sex with them are definitely fun parts of the dungeon exploration.

– Torch System
You need a torch or a lighting spell to see objects in Abyss.
It is easy to fight and explore in the light but you will get more EXP in the darkness.

– Hack & Slash
Defeating a monster in a burial chamber will give you a treasure chest.
In the treasure boxes are more than 1,200+ kinds of items.

– Clothing Damage
Getting damaged causes their clothes to be torn.

– Boss H Scenes
Some boss monsters attempt to push down and sexually assault heroines.
* there are 5+ boss H scenes.

– Quests
There are about 40 quests with rewards.