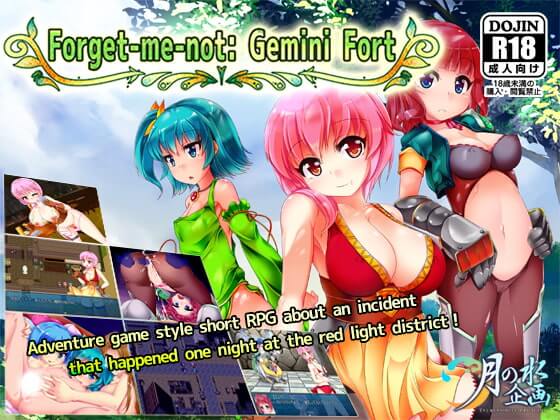 Scenario:
Marzia and her adventurer party have made a shopping trip to Gemini Fort,
red light district and entertainment town for adventurers.
After spending a night in town, they awake the next morning to find their bodies in various states of disturbing upheaval!

They’ve lost all memories of the previous night, and that’s only the start of where things get tough for these girls.
Just what happened in Gemini Fort last night? The adventurers must return once more to the town to seek out the truth.

This is an R18-rated short RPG story game with adventure game elements.
It has a light-hearted and amusing story progression,
which follows the main characters as they try to find out the truth of the previous night in the red light district.
Progression is generally linear, with a focus on moving the story along.
All combat takes place within a story context.

* Most sex scenes feature tentacle, inter-species, yuri, and futanari themes.
– Scene replay and CG collection viewing possible in-game
– Over 40 base CG and sex scenes (not counting variations)
Those who dislike futanari should be aware that there are many depictions of futanari within.
This game was made using RPG Maker VX Ace.