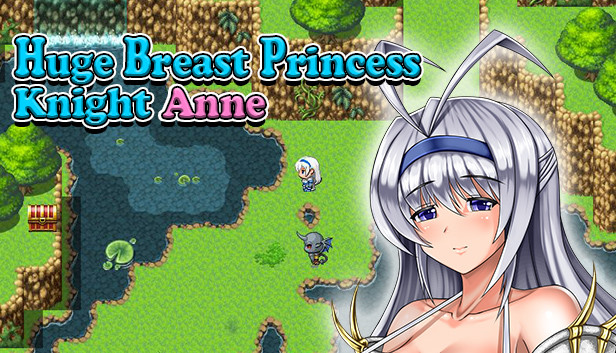 It will be a role-playing game for the female hero.
It is a game that advances the story.

Anne Licolle was a princess of Licolle Castle, but longed to be a knight.
Due to the king’s support, she was able to become a knight.
However, all the work that had been pressed upon her were all deskwork.
One day, while Anne was putting signs on papers as usual,
Her sister, Lua had come to Anne, all beaten up with injuries.

As Anne listens in…
Lua tells her how her twin sister, Lia, has been kidnapped by a mysterious spellcaster.

Anne heads to the graveyard where Lua had said she had fought the spellcaster at.

Anne has huge breasts that don’t suite a knight.
Huge breasts are nothing but a bother for knights.
Be it walking, running or swinging one’s sword, they get in the way.

On top of that, those huge breasts become a sex-induced target for both monsters and men.

There is also a recollection section where you can view the sex scenes as many times as you want.