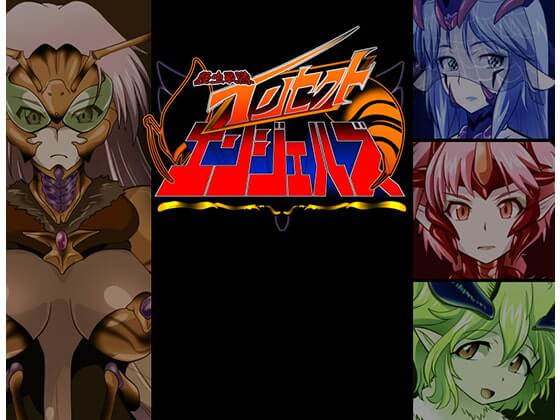 A tactical SRPG with territories to take over. A group of fighting heroines, who were
reborn as Insect Angels, defend the innocents while trying to keep themselves sane.

* Synopsis
A group of fighting heroines has attained the power of villains in order to
protect a town using “Insect Core”, a device to turn humans to villains.
Prevent the evil institution’s nefarious scheme from happening!
However, the values of being villains will gradually come into their mind.
Will they be able to shield the town with their humanly hearts remaining?

3x heroines in BARSAC (hostile group)
– Christie Armorclaw: A villain of bear with quiet personality.
– Fang Tiger: A villain of tiger with arrogant attitude.
– Fate Rushluff: A villain of wolf who is a bit carefree.

* “Rehabilitation” system
Upon meeting certain condition, enemy characters come to your side to fight together.
In order to put them through “special persuasion”, first you need to take them hostage.