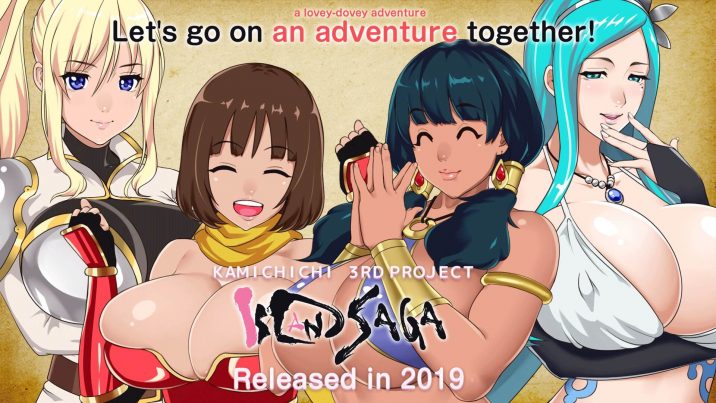 ⚠ Please make a habit of saving frequently especially before an event! ⚠
⚠ Island SAGA runs on RPGMaker MV, which performs very poorly when you have a browser running! ⚠

In Island SAGA, you play as the protagonist character as you explore the island of adventure, Valentine Island, with your four royal and royally busty party members in order to search for the fabled treasure of love known as the Love Rheid in this RPG inspired by a very famous classic RPG series!

In Island SAGA, you control all of your five party member in a classic turn-based battle system.
Each of your party member can use any weapon type and any magic type.
With the TECH SPARKING system, each of your party members can learn new skills as they keep using the same weapon type or magic type.
Instead of leveling up, Island SAGA uses the GROWTH system to increase your stats after battle.
Beat down your foes with COMBINATION ATTACKS that automatically trigger when the conditions are right!
Set the FORMATION for your party, grab the QUESTS from the guild, and prepare for a grand adventure on Valentine Island with your beautiful party members!

Island SAGA can be played using keyboard only, mouse plus keyboard, or a XInput game controller.However, it is recommended that you have access to a keyboard during the sex scenes for the keyboard-only functions.
Most of the keys can also be remapped ingame.

Island SAGA is made with RPG Maker MV, which isn’t known to work well with older computers or laptops.
Please close your browser and other extra running programs before playing Island SAGA.
All the main characters that appear in this game are over the age of 18.