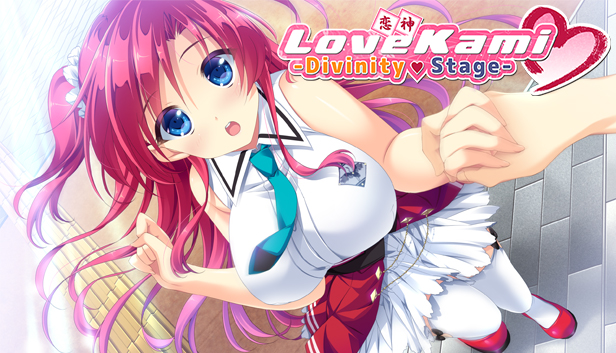 It was a time when people had forgotten their dreams and lost faith. The silhouettes of goddesses revealed themselves to the people who then could only believe in what they saw right in front of them.

The confusion surrounding the countless goddesses appearing in Japan could be explained due to Amaterasu Okami wanting to teach the goddesses about the human world.

All of this brought about the implementation of the Divine Education Act. A year passed and the numerous goddesses and humans got to learn about each other, got to know one another, and came to a mutual understanding.

The subculture holy land and heart of Divine Idol culture, known as Akihabara, housed the seven lucky goddesses that dominated as idols in L☆SEVEN.

Next Generation Goddess Auditions!
Divine Idol chicks, go on to spread your wings!
A glamorous and splendid contest, what a goddess’s dreams are made of, is being held.

Laugh, grow, and even cry with the goddesses who descended from the sky and are aiming to become top level idols.