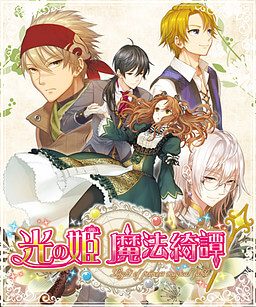 Long ago, a race of magic users colonised various places and formed a country. Fire magic, water magic, light magic and dark magic. With these four types of magic, the citizens utilised their types of expertise and succeeded in bringing prosperity to their nation.

The Fire Town became active in coal, gold, silver and copper mining as well as smithery and weapon craftsmanship. The Water Town flourished through their developments in agriculture and dairy farming. The Light capital of the country became well-known thanks to their churches and hospitals, as well as for being sacred ground on which clergymen lived. The Dark Village, located in the undergrounds of the country, has become a cesspool from which criminals, black marketeers and assassins come and go.

The protagonist and the princess of this country, Arena Brunclík, snuck out of the castle using the formality of “observing the public” as a guise… but where will she choose to visit?