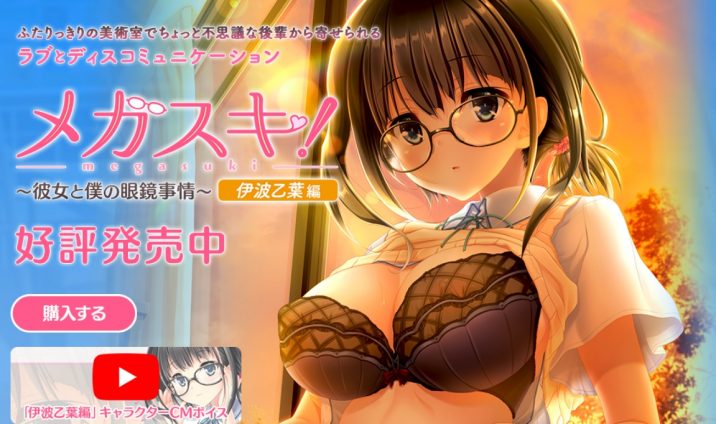 Itsuki is a member of the art club, which has been too short on members for years to operate properly. When what other members it does have graduate one spring, leaving Itsuki alone, he decides to quit and let the club die with his departure. Until, that is, Otoha turns up to join. Itsuki can’t just abandon this new student, but he figures that she’ll probably stop coming before long, so he decides to stick it out for just a little longer.

Contrary to his expectations, Otoha shows up at the art room every single day without exception. But she doesn’t ever draw or paint herself. She just sits there, staring at Itsuki as he sketches. Otoha hardly ever reveals any emotion on her face, making her a difficult girl to read and leaving Itsuki completely bewildered.

Otoha turns out to have a real eye for art. When Itsuki quizzes her on why she doesn’t make art herself, she simply responds that she doesn’t like to.

“Then why did you join the art club?”
“Because I love you. Huh? You mean you didn’t notice?”

With Otoha’s foot flat on the accelerator of love, the two take a crash course in communication within the private confines of the art room. And though Otoha still sets the pace, as things heat up between them, Itsuki comes to see her charms—as an art advisor, and as a woman.