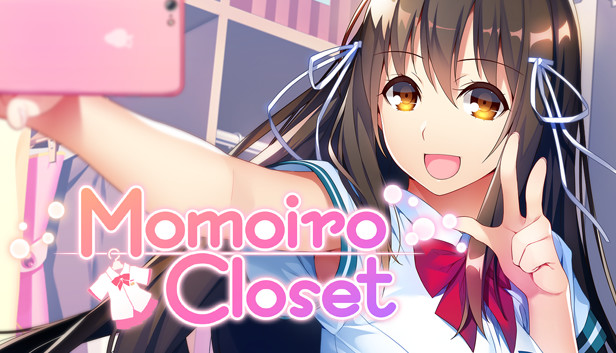 Momoiro Closet is a visual novel which explores the unlikely romance between the high-class Kagamihara Alice and average joe Hashima Reiji. With the otaku mecca of Akihabara as a backdrop for the story, you can experience the anime and gaming paradise firsthand as you court your anime-obsessed cosplayer schoolmate! Based on your choices, you’ll experience either a tender, touching love story, or an intense, passionate tale of lust.

Beautiful and popular Kagamihara Alice is a star pupil and president of the student council at her high school. With her father being a member of the prestigious National Diet, there’s a lot of pressure for her to maintain her reputation, both academically and socially.

Normally, she wouldn’t be caught dead spending time with someone like her classmate Hashima Reiji – just a regular guy who keeps to himself and doesn’t stick out much. But after a chance meeting one day in an Akihabara toy shop, the two realize they do in fact have something in common: a shared love of a Sunday morning magical girl anime.

At first, Alice is paranoid about being outed as a secret otaku, and the shame and humiliation that would come with such a revelation, given her social stature. But soon, she makes a visit to Reiji’s home, and as their relationship begins to blossom, so do new feelings and urges within Alice.

It’s up to you to discover and decide what happens next – will you be naughty, or nice? Play and find out!

Momoiro Closet is written by Yuhi Nanao, also known for the Corona Blossom series, and illustrated by INO, a prolific and established artist who has provided beautiful illustrations and character designs for a large number of visual novels, including Frontwing’s own Kimihagu, Hatsuru Koto Naki Mirai Yori, and the Grisaia series. The game features dual-language Japanese and English support, allowing you to display both languages simultaneously and practice your Japanese while enjoying the story!