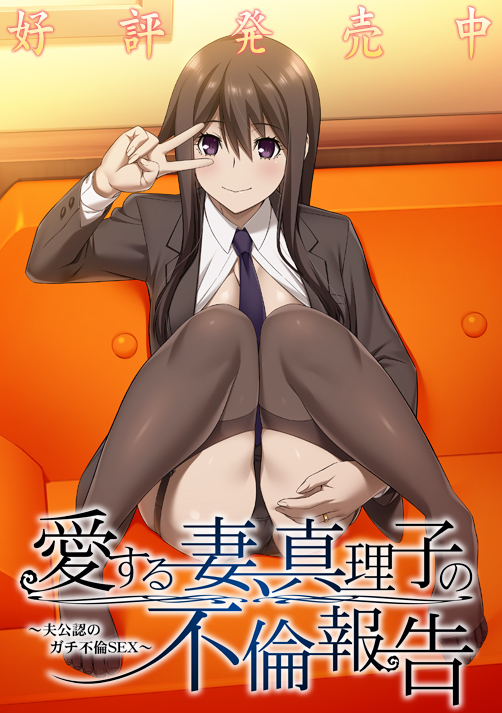 The protagonist Sashihara Yasushi and the heroine Sashihara Mariko have been married for 5 years.

Mariko was found out to have had an affair back when they were newly weds, but nothing major came out of it and they’ve lead a peaceful married life since then. However, they are worried that their life in the bedroom become boring as of late.

Then one day, Yasushi received a post-cheating sex report from his wife Mariko.
– Her partner is a new employee who is 8 years younger and a virgin.
– He was a long-distance running athlete during his years in school.
– He confessed to her after having sex in a love hotel.

Mariko said that she wants to become his lover and have it officially recognized by her husband.