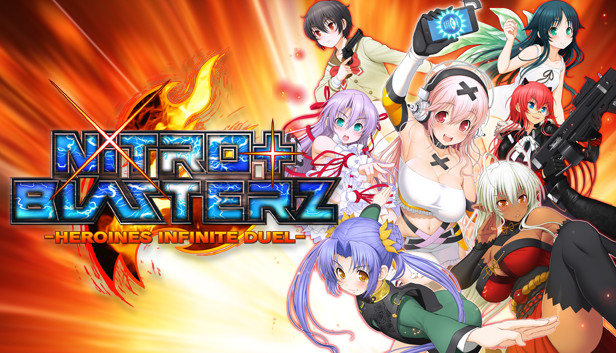 EXAMU, the developers behind the popular Arcana Heart fighting game series, has teamed up with esteemed visual novel publisher Nitroplus to create a new 2D fighter crossing over multiple franchises. Players can select a main fighter and two partner characters from a roster of Nitroplus’ most popular ladies and jump right into fast-paced combat that’s as easy to learn as it is deep and difficult to master. This PC release updates to the latest version popular in Japanese arcades, with rebalanced fighters, added background animations and additional winning poses.

Fast-Paced Fighting Action with Easy-to-Learn Gameplay
From the makers of Arcana Heart comes a brand new fighting game that’s as simple as it is chaotic. Between the easy-to-execute combo chains and assist mechanics that can get up to six characters onscreen, the action never lets up for long.

Roster of Unique Heroines and Fighting Styles
Fan favorite SUPER SONICO is part of an impressive cast from Nitroplus-related products for a varied selection of combatants and fighting styles. This PC release also includes Homura from the SENRAN KAGURA series and Heart from the Arcana Heart series, both of whom were premium DLC in their console debuts.

Cinematic Cut-ins and Screen-filling Attacks
‘Lethal Blaze’ attacks, which run the gamut from awe-inspiring to adorable, are sure to please fans of the source material while intriguing newcomers.

Online Play Support and Leaderboards
Players can go online to take on all challengers as they try to rise to the top of the leaderboards.