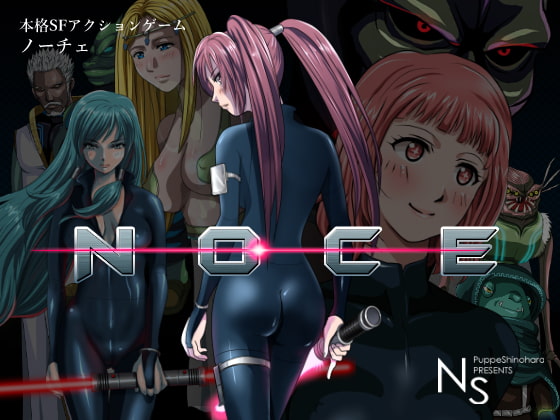 In a far-distant galaxy.

Two of the biggest forces, the Republic of Naba and the Imperial Nation of Dagoo,
have long been in a cold war state after two large-scale wars.

For the sake of the peace, the government of Naba sends out a spy group
named Diva, to Dagoo. The peace, despite the fact that only the surface
of the two nations’ relationship can only be said peaceful, has been kept by Diva.

Diva consists of specially trained women. Their achievements in espionage activities,
physical combats and assassinations are largely attributed to techniques in sexual services.

When one of Diva agents “Noce” who is on a mission on the planet “Col Earth”
receives a contact from her old friend Lynn, this story begins.

Smooth Animations created with pixel artworks and AE!
An authentic action game with stage clear & a bit of exploration taste!

Voiced by Narumi Aisaka and Rio Fujimura!
This story of a great adventure is spun with pixel artworks, CG and female characters’ voices.

Once caught by an enemy, an H animation begins and the “force gauge” recovers by
making the enemy orgasm. But it also decreases health so be careful!

Urban city with skyscrapers, Ancient city beneath the surface of a snowball planet,
two agents’ battle on a baking rocky planet, monstrous insects on a green planet, and…

It took about six years to make this game!
Please enjoy!!

* Please prepare a USB controller to play this game.