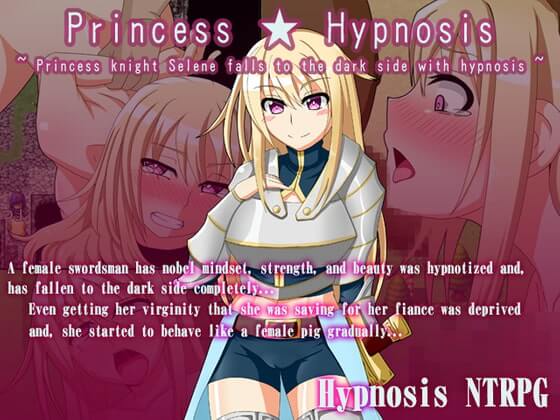 Elisha Empire and Schalk Kingdom were in a state of war.
Although the Imperial army was dominant in the beginning , they became inferior gradually.
Imperial Army has been discussed days and nights ways to reverse the situation.

At such time, a wizard Iruderumo who can use the hypnotic magic made some proposals to the emperor Jefas.
It is to manipulate the Kingdom’s strongest princess knight Selene with hypnotic magic that he can cast, and turn her into the Empire’s soldier.
Iruderumo said that by doing som the empire will regain advantages for the war situations immediately.

And through the meeting, the Empire decided to carry out this strategy……

On the other hand, at the Kingdom, there was a couple that made future vows together.
Agito, the leader of the Kingdom’s knights, and Selene, the Kingdom’s of princess knight.

Two of them were deeply, and innocently in love.
Two were taking it extremely slow where, let alone not having to kiss each other but, have not even held each other’s hands….
Horrible future was creeping up to them……

One day, the wizard with hypnotic power, Iruderumo has attacked Selene while she were heading to the forest for her training.
Iruderumo hypnotized Selene.