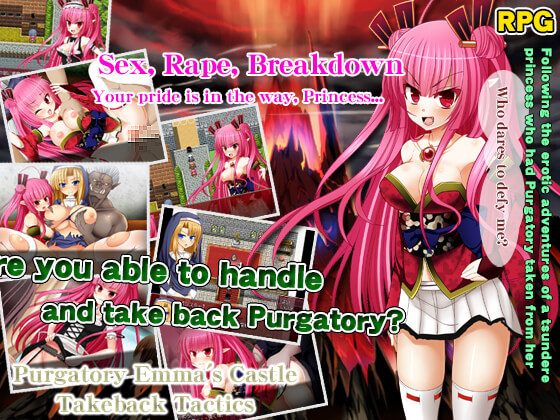 This is Purgatory… A world between Heaven and Hell,
a place where the dead reside…

Princess Emma was told by her father King Enma to
be ready and train in case of a dire situation, but she
refused to listen and had fun in the city with her subordinates.

When she returned, the goddess and her army from Heaven
snatched her castle in Purgatory.

Princess Emma and her subordinates did their best to fight back,
but the goddess and angels were incredibly powerful, so they didn’t stand a chance.

Though Princess Emma’s subordinates say she’s weak,
they join her in her quest to take Purgatory back…

Outfit Change System
You are able to change outfits from the menu.
Changing alters the pose art in the events.

-Prostitution System
Emma has lost her status as a princess, which allows her to sell her body.
She is able to throw away her pride and earn money.

The original story has been written by the infamous
Yoshikazu Ishiba.
Please enjoy Ishiba’s sexy and sensual world.