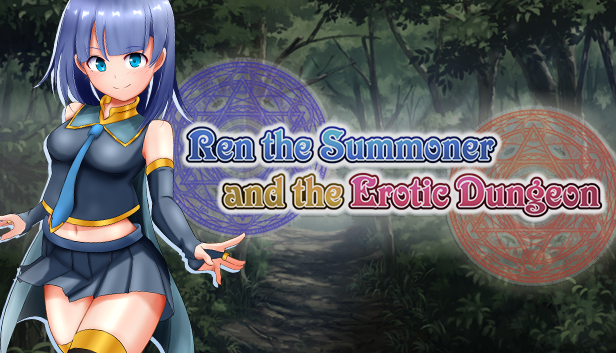 *All characters who appear in this game are 18 or above.
(Story)
Small fry with 0 attack power, “Ren” is a kind hearted summoner girl.
However, a friend and summoner of the same village, “Croad” had a very different ambition.
Croad’s lover was killed by a rampant monster in the past, and with vengeance against all monsters,
he thinks of a “Monster Eradication Plan”

(Game Description)
Genre: Comedy RPG
Player: 1
A simple turn based fantasy RPG.
A game with a really exciting plot development mixed into the comedy.
The protagonist girl is a bit of an airhead, so there’s lots of comedic events