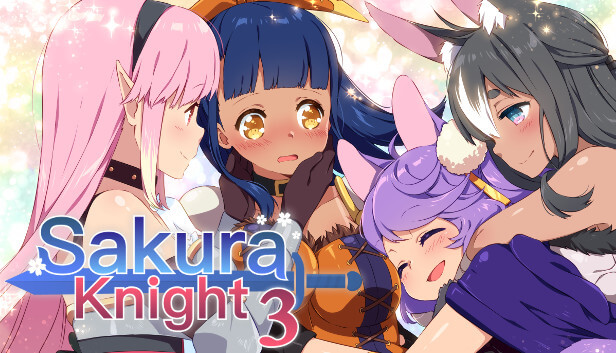 After spending a couple of months in the city of Grimoire, Estelle has begun to make a name for herself as an accomplished swordswoman. She, alongside the ditzy elf Felicia, the devious catgirl Tart, and the sweet wolfgirl Rune, has taken on dozens of quests at the local guild, and has completed them all.

She’s come a long way from her humble beginnings in a small village bakery… but soon, Estelle will have to brave her toughest challenge to date.

Deep in the woods, in a withered glade where the grass is dead and nothing grows, a disturbance is lurking. The fierce half-dragon, Saga, once an underling to the feared demon queen who ruled over Lemuria, is beginning to gather forces to avenge her fallen leader.

Find out in Sakura Knight 3!