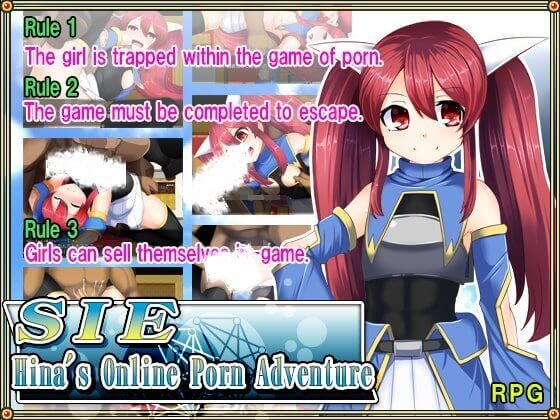 And this year, a revolutionary game was released.

Known as ‘SIE’ for its acronyms, this game was…

This is the story of a girl who inadvertently activated the SIE.

A delivery arrives at Keiko Ayamura’s house.
The intended recipient was his older brother, Takuto Ayamura.

What’s inside was the red-hot VR game,
Sexual intercourse Ecstasy.

Unable to resist the temptation,
Keiko activates the SIE
in her brother’s room…
Her gamer tag was ‘Hina’.

The heroine encounters many seductive troubles during her quest for escape.
Keiko faces torments including her service to the various customers visiting the sex shop.

“I understand switching jobs, but what’s a seduction barometer?”

The game employs a job hopping, alchemy, random dungeon.
At times, Hina is coerced to have virtual sex with those that know her true identity as Keiko…

The heroine, in great need of an immediate evacuation,
forms an alliance at the pub with a few men in exchange for sex.
Despite their successful completion of the dungeons, Hina’s seduction barometer continues to rise…