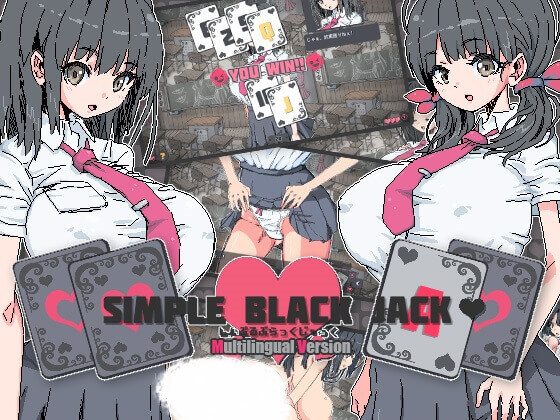 When you try to confess your love to Sakura, another girl named Momo comes into your way…!

“If you date Sakura, the world will go extinct,” she says.

“If you give up, I’ll take the role of your girlfriend instead.
You can have my breasts in your hands. You can do whatever you want!” she follows.

[Gameplay]
This is a simple game where she will show you “this” and “that”
when you win against her in a game of Black Jack.

The game part and the event scenes will alternate
in a manner that will prevent tiresome or boring play!

+ There is some secret scenarios to be unlocked…!

– 13 base CG (2+ variations for each)
– Gallery mode implemented (unlocked after clearing the game)
– About 40 event scenes (incl. secret content)

Languages Contained: English, Traditional & Simplified Chinese, Japanese
* Can switch between languages via the “uchu” logo button at the Bottom Right.