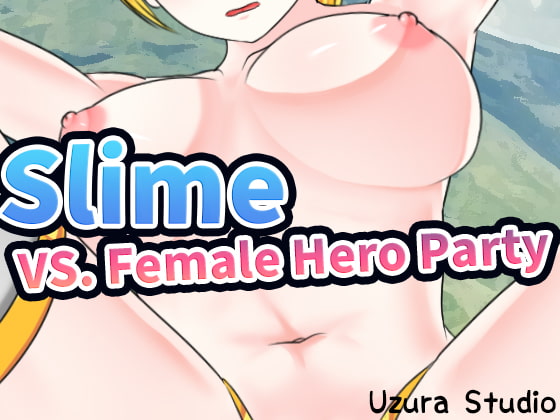 Because you play as a shape-shifting slime, the motions have been designed to evoke this slime-ness property.

The game will continue until either all four heroines or the slime have been defeated.

There are four different ways to touch a girl’s body (touching, tickling, etc.) and these ways are unlocked by leveling up.

If the attack gauge fills up the heroine will go into attack mode, during which you are put on the defensive.

If you fail to defend against her attacks, the slime will lose.

As the heroine loses more and more life, new poses will be unlocked. There are 3 poses per heroine.

When the heroine’s life reaches zero the slime is victorious.

The goal of the game is to defeat all 4 heroines.

Upon clearing the game the still image gallery will be unlocked.

You can adjust the game’s resolution with the Z, X, C and V keys.