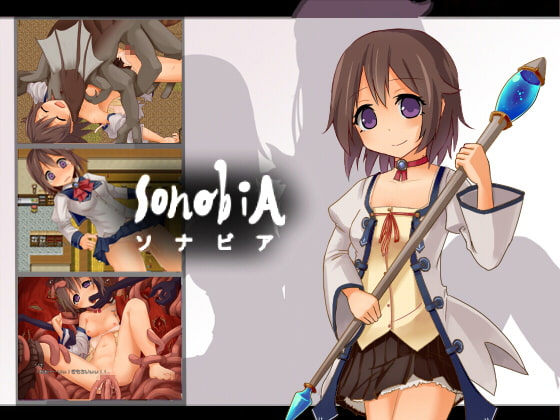 * Summary
Young girl Sona spent her whole life inside the sorcerer’s castle, studying magic to become one.
However, she was promptly exiled when she and her friend summoned the demon Lavia.

Her whole life was inside that castle.
In order to return and achieve her goal of being a sorceress, Sona now faced many difficult hurdles.

* Contents
47 base HCGs, 57 H event scenes
A ratio of 3:1 scenes with monsters:humans
HP loss during battle is depicted in the character’s outfit, with an assault system.
The system is designed for Sona to gain experience even when she fails.
However, failure will lead to r*pe, r*pe will lead to an impure soul, and at that limit,
the game will be over (you can purify her in-game with an item).
Enemies will drop items that can be used to create spells and gain new skills.
Clear the game to unlock the HCG / Scene Replay room.