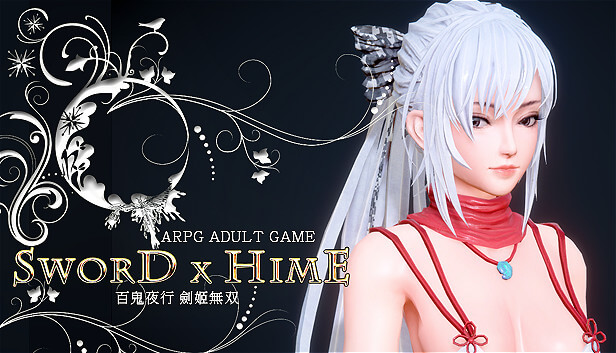 We are an independent development team of 2 people, all funds rely on our selves. Originally we planned to use Early Access to publish, but failed to pass the official review, so we made the worst decision and directly listed
It’s a reckless and wrong step to make the game have a lot of unfinished parts directly presented to the players.

But please believe that we will never run away or give up
From now on, we will continue to fix the problems encountered by players, and continue to optimize the game and add new game content in the future
All updates or DLC will be free

The protagonist of the story is a sword princess who wields a samurai sword. She is sexy and mature – the blade is slender, the two are perfectly blended to combine hot blood and romance. The weak figure rushes on the battlefield, fighting against countless powerful enemies, making the blood bloom like a rose. She is also like a rosebush on the battlefield, as beautiful as a fairy, but the sharp thorns will hurt people who dare to pick, falling as cherry blossoms.
Unfortunately, after being captured by the enemy, she showed a soft and delicate face that she had never seen before and was at the mercy of the enemy, and her body couldn’t help but dance with the enemy.

There are a variety of gorgeous costumes in the game, perfectly shaping the princess figure. The black silk cheongsam shows her mature charm, and massive cute costumes are hidden in the treasure chests in every corner of the world available for exploration.

This game pursues the ultimate adult sexual love scene, the action is smooth and elegant. The core of the game is full of sexual love contents, including SM, Oral, and Sexual Love in various positions, which will be added in the future. 3P, bondage and other sexual love scenes.