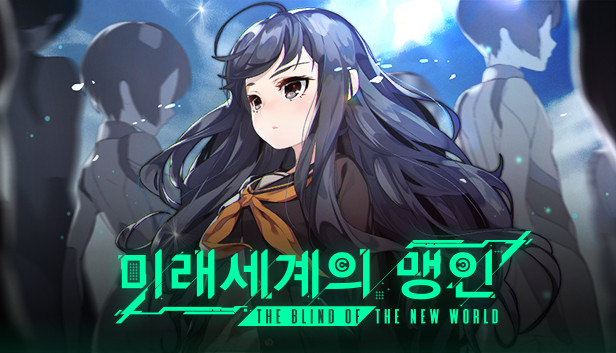 This game is a story-centered visual novel equal in length to a paperback novel.

In the near future with the invention and adoption of the Electron Corneas, augmented reality is now the only reality humanity knows.
But for Seejay, ‘the blindness’ has stripped him of his ability to exist in this new reality and has cut him off from the rest of the world.
One day, as he is walking through this bustling city of monotony, moving through the crowds of people all dressed exactly the same…
Something actually stands out—a girl dressed in a traditional school uniform from ages past…

Become one of the blind as you live through this story with our protagonist and his classical-minded heroine.

1) Updated and reworked for the Unity engine, this port of the 2017 mobile hit was met with praise throughout Korea for its romantic story and dystopian sci-fi themes.

3) An emotional story and a rich soundtrack (6+ hours playtime, 100k word count): Your choices lead you to one of four endings. As such, there is no “gameplay” in the normal sense of the word.