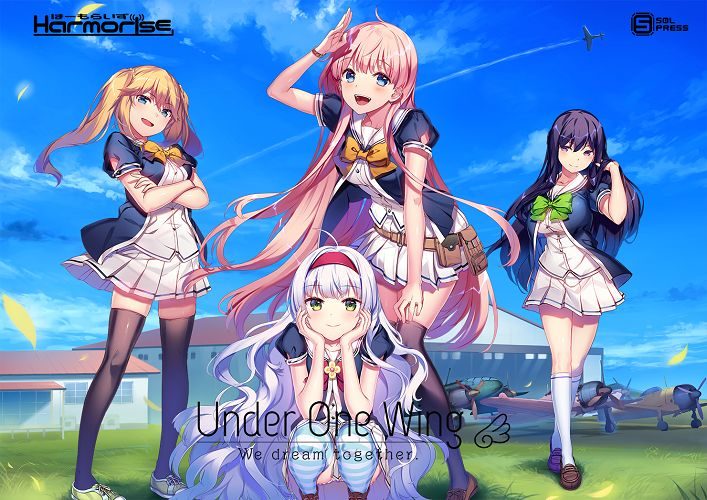 A large-scale dogfight, utilizing the finest warplanes the world has ever known.
Our main character, Sasaki Junichi, is the grandson of the legendary FF Pilot. He comes to Shouou Academy, which once reigned supreme as a school of Fairy Fight Champions.
Traveling in the exalted Shinden, he arrives at the student dormitory known as Tsubasa Dorms, only to find… every other tenant is a woman!!

Hirosawa Hikari is drop-dead gorgeous! Too bad she also happens to be the world’s cutest encyclopedia of useless plane knowledge.
Big surprises for our boy, Junichi – Sasaki Kazusa shares the same last name AND the same bedroom with him now! She’s a bit of an airhead with some nasty sleeping habits.
Jinno Nahoko is the sophisticated student council president with a handle on everything (and I MEAN everything) that happens around the school.
And Matsumoto Mimari, the mystery girl who paid for an entire plane in a single payment on her card.

All of these team and decide to compete in a Fairy Fight.
What kind of crazy storm can a renegade team of mismatches create in the esteemed world of FF Champions?!

A crazy summer in the wide blue yonder is right at your fingertips!