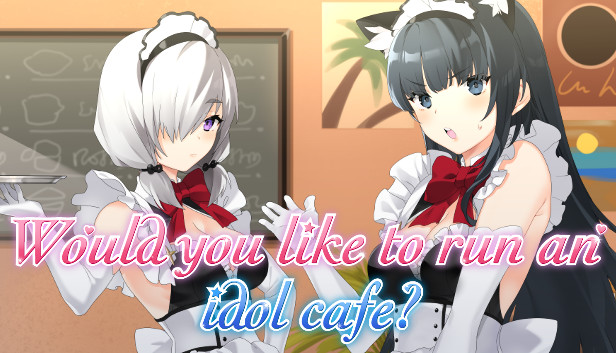 Would you like to run an idol café? Free Download with Direct Links, Google Drive, MEGA, Torrent.

Would you like to run an idol café? Free Download with Direct Links, Google Drive, MEGA, Torrent.

In this Visual Novel Yokoyama Naoya is a decidedly ordinary guy, but that wasn’t always the case. Back in high school, he was something of a delinquent. He bleached his hair, drank on the streets, and regularly got into fights with gangs.

Naoya is older now, and wiser, and he has outgrown his rebellious phase. He’s determined to get his life back on the straight and narrow – but, owing to large lapses in his schooling, was unable to get into the university of his choice.

Naoya puts his further education on hold and moves in with his childhood friend, Ichigo. While Ichigo attends university, Naoya takes up a job at a local café, hoping to contribute to the household expenses and cultivate his work ethic.

This café is located by the beach, and is owned by a mischievous woman called Miss Miyamori. She takes a liking to Naoya, and hands him on a job on the spot.

Naoya’s newfound job leads him to interacting with two pretty waitresses with problems of their own, Mayuki and Kuu.

Naoya grows close to these two girls, and develops a friendship with them…

But trouble is brewing on the horizon, which threatens the cozy new life Naoya has built for himself, and his relationships with Ichigo, Kuu, and Mayuki.