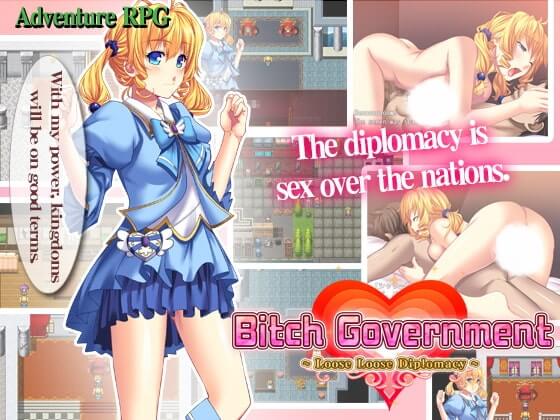 She abuses her body on diplomacy and alleviate the tension between kingdoms for her kingdom.
But she is getting accustom to sexual excitement, and her important part and thought are getting bad.

The princess of Garpa
Kind woman hoping the kingdom and people will be happy
Having great responsibility for playing in role in diplomacy.

She thought it is useful to use her body for saving the kingdom.
At first, she resisted the sex
but she was enchanted with the sex and getting insane.

She became a women with typically silly thought.

Adventure RPG
The story with diplomacy