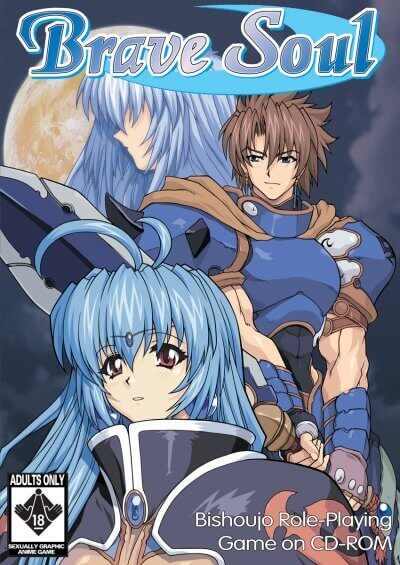 It is a world very different from ours, a world in which magic exists, a world where peasants labor under the burden of heavy taxes imposed upon them by the unfair rulers of the land. Although the commoners have a difficult lot, there are those among them with the strength to use his sword and make a name for himself – an adventurer. To be an adventurer is the dream of every peasant.

The story details the journey of a young man who was raised in the countryside of Souvania, on the continent of Valencia. Disowned by his own father and forced to make his way in life, he chooses to become a Hunter, a mercenary who accepts jobs for a variety of adventures. Heading into town to officially join the Hunter’s Guild with his dragon Shell at his side, he happens across a mysterious girl who looks strikingly like the Moon Goddess.

The Moon Goddess… Ever since he was young, a beautiful girl appears before him on nights of a full moon. Because of the mysterious manner of her appearance, he gave her her unique name. With the mysterious girl Alicia and dragon Shell at his side, as well as new characters he will join with later, our hero embarks on many bold adventures. But will he ever be able to solve the bizarre mystery of the beautiful Moon Goddess standing in the lake…?