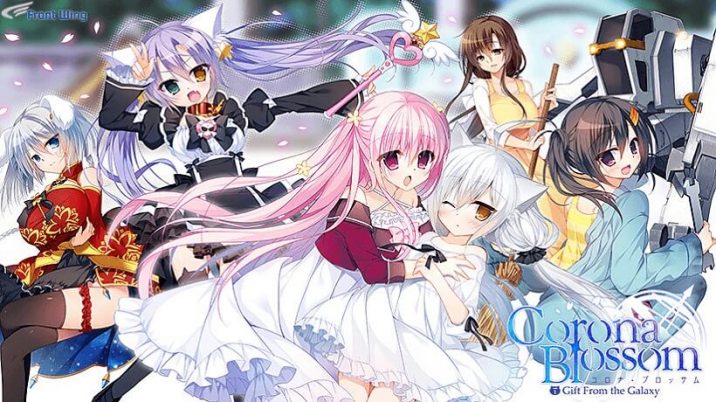 “Corona Blossom” is a visual novel.
(A kinetic novel, without any choices)

The game features character art and designs by artist nanaca mai, who previously worked on the super deformed character art in “The Fruit of Grisaia.”
Now, her cute characters will come to life, moving and expressing their emotions using the “e-mote” system.

STORY:
Meet Keiji Osaki: a young man who hates dealing with machines, despite being very skilled at working with them. That’s just the kind of guy he is.
After failing his college entrance exams, he begins helping out at his grandfather’s workshop, which specializes in repairing VORKS, heavy-duty industrial robots. For a while, he enjoyed a quiet life in the countryside, doted on by the workshop’s regular patrons.
One day, however, his life suddenly takes a turn for the strange, when he encounters a metallic lifeform attached to a meteorite that fell from the sky.
To make things even more complicated, the organism he rescues takes the form of a forgotten girl from his past. This is how his life with the metallic organism known as R-ne begins. But after a while, R-ne learns how to speak, and tells Keiji that she wants to go back to her home planet. Moved by her words, he sets his mind on sending her back into space, no matter what.
This may prove difficult, though, when a female space pirate – also known as a rare metal hunter – appears out of nowhere, and gets in his way.
Caught up in this whirlwind, will Keiji and his friends be able to send R-ne safely back to her homeland?