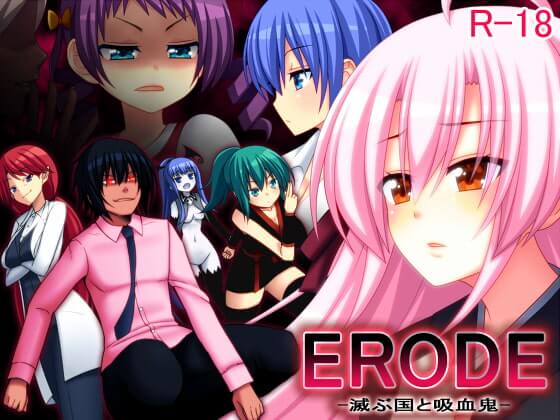 Drake had two objectives.
The first was to assemble his “Mandrake Mercs”.
The other was,
to have sex with nation of Ruda’s leader “Kuria”.
However, Ruda was in the mist of a war.
Achieving his plans would not be easy……

ERODE -Land of Ruins and Vampires-
2nd in an RPG series (sequel to Mandrake -ERODE 0-)
78 base CGs (incl. non-erotic)
The series will continue even further!