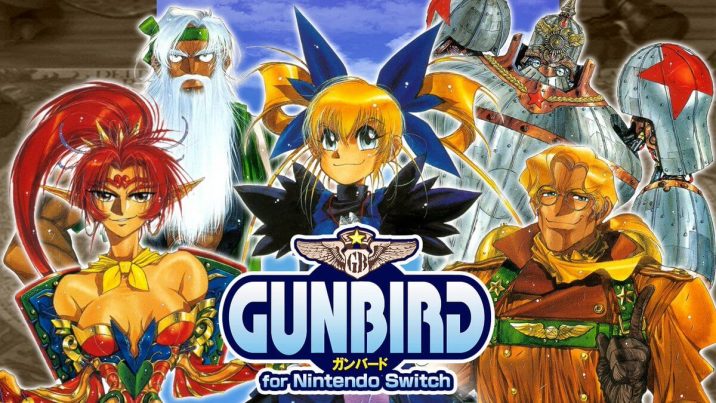 “Marion” the little great wizard in the steampunk world.
The masterpiece of the “Psikyo Shooting”!

GUNBIRD is a vertical-scrolling shooter game that first appeared in arcades in 1994.

A comical story about the “magical mirror” that makes wishes come true.
You can see the dialogue demos that unfold during the intermission and when the boss appears,
and the dialogue between the characters that changes when the 2 players mode.

You can set the difficulty level, life, number of continues,
controls, screen orientation, and more.

In addition, now we have online rankings!
Be the world’s best GUNBIRD!
Characters:
You like it, don’t you? – “Marion” The Little Great Wizard
One strike, one kill, one rocket punch! – “Barnas” The Flying Robot Warrior
The offensive and defensive ruyi stick! – “Yang Nyan” The Chinese Magician Girl
Power is No. 1! – “Tetsu “The Lovely Carpenter
Speed is No. 1! – “Ash” The Sky Explorer

Planes:
Power up with “P” items, with sub-weapons also added.
Get bombs with the “B” item to wipe out enemy bullets and evade your foes!
Unleash the charge shot to take down your enemies!

Arcade mode:
7 levels of difficulty can be selected for beginners.
Now players can really test out their skills with a “HARD” and “VERY HARD” mode. We’re looking for recruits who are up for the test.
Local rankings will support all difficulty levels and your own planes.

Options:
The vertical screen mode that allows you to play in arcade style like back in the day.
Select the screen filter from the normal +2 version.
You can set the number of lives from 1 to 9 and the number of continues from 0 to unlimited.
Assign “Shot”, “Auto Shot” and “Bomb” in the key configuration.
The vertical screen mode can be operated in the horizontal mode as well! Now enjoy a completely different gameplay.

Score Attack:
This is a new feature that has a very severe mode with a fixed difficulty level and number of lives.
Compete in high scores and score attacks against players from all over the world!
Online rankings can be viewed from the options menu.