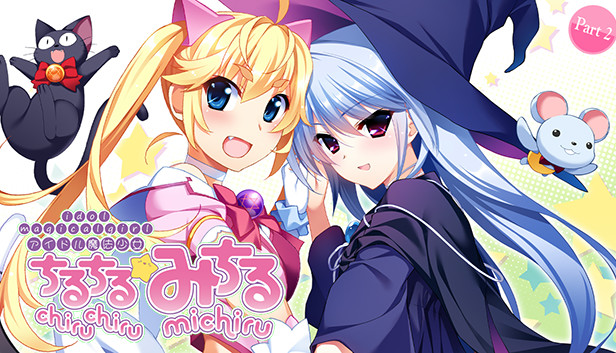 Michiru’s quest to save the world by sealing the Chaos that threatens it is progressing flawlessly… except for the fact that her fellow Magical Girl and rival, Kazuki, is beating her at every turn! She wants to prove her worth as a Magical Girl, and win the Magic wish that can make her dreams come true, but so far, all she’s proven is that she’s a failure.

Then, just as it seems that Michiru may have actually done something right for once, and earned Kazuki’s respect in the process, a flash of light and an ominous rumbling noise interrupt her rejoicing. Michiru is dumbfounded, while Kazuki merely remarks: “I never thought it would come so soon…” Just what could be heading their way?

This visual novel, a spinoff of the popular “Fruit of Grisaia” series, follows Michiru’s adventures in an anime-like format of 13 episodes. It is split into two Parts: Part 2 continues where Part 1 leaves off, and contains the last 6 episodes.