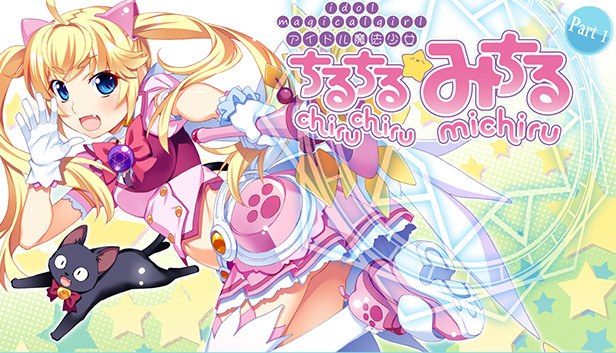 Matsushima Michiru is an unpopular Idol whose dream is to someday become as famous as the admired idol, Kazami Kazuki.

One night, while looking up to the sky, she saw a falling star and wished upon it to quickly become a top idol. However, the falling star turned out to be the familiar cat Nyanmel, who came from a magical world, and in order to save the world, he told Michiru that she would have to become a magical girl.

The game will have an anime-alike format in 13 episodes, divided into two games: first part contains 7 episodes and the second part contains 6 episodes. Each game will cost about 2000 yen. One episode will also be included with the PS Vita version of Grisaia no Meikyuu.