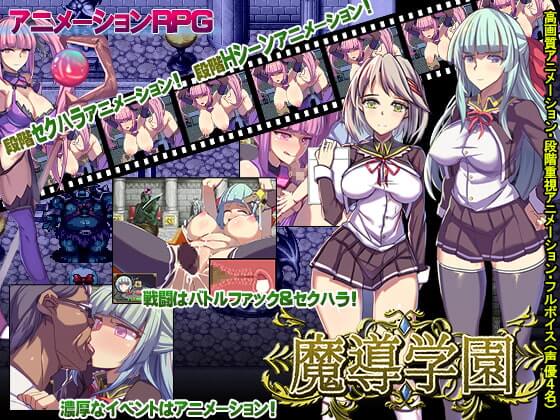 100 years ago, the world was ruled by a powerful mage,
who wrought pain and destruction upon everyone.
However, descent of the great hero appeared, and ended his rule.

A magic academy was established to prevent the second coming this mage.
Would-be successors to the great Hero trained at this elite academy.
The student council president Rei was designated as the successor to
the Excalibur, and she was responsible for it’s safe-keeping and monthly inspection.

However, on the day of it’s inspection, strange monsters are summoned at the school,
those of which haven’t been seen for centuries…
Cries of terror and violation echo throughout the school, and Rei has no choice but to
take the Excalibur in hand, and fight…

Enjoy nagiyahonpo’s famed ero animations in the event scenes as well!
Watch the heroine’s fall into despair as she is penetrated, brutally fucked, and creampied!