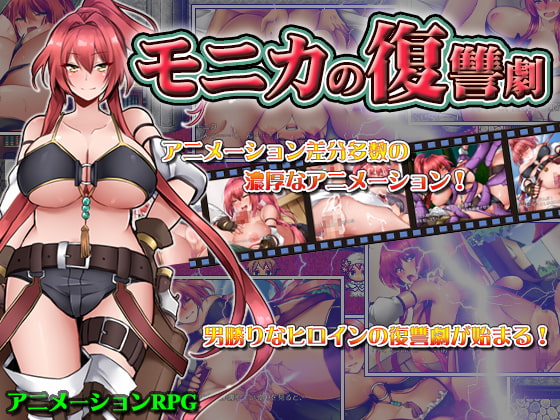 The leading character was to be married to a man she had been betrothed to from a young age.
This boyish girl was finally due to be married, and the whole village was together in celebration.

The marriage ceremony reached a climax, but just as they were about to seal the oath with a kiss…
In that instant, soldiers burst in.

Without answering questions, the soldiers started slaughtering people.
During that time, the bride Monica saw her fiancé murdered in front of her, and she was gang-raped.

This is a role-playing game in which Monica swears revenge.
She needs to collect information, search out the soldiers who attacked them, and exact revenge.
As the result of her revenge, what Monica saw was…

This is not simply looped animation,
This seems really real, and includes expression, movement and speed.