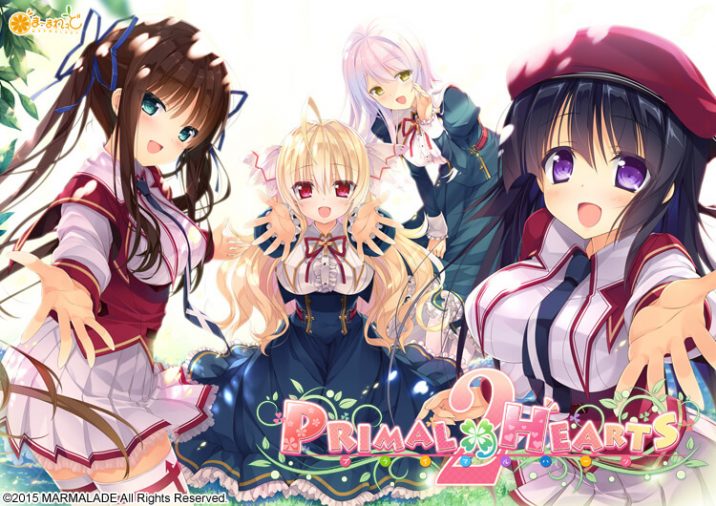 Primal x Hearts 2 Free Download with Direct Links, Google Drive, MEGA, Torrent. Going on my big sister’s recommendation, I’ve transferred to Ainoshima Academy! With summer break over, a new semester of fall events awaits. There’s the annual academy festival, the sports meet—the list goes on! As I walk to class on my first day, my heart races in anticipation at what my new campus life will be like. That is, until students start approaching me a short distance from the campus gate… You see, Ainoshima Academy has two student councils that are always vying against each other. Here, let me break it down for you real quick:

Gekka Council: Steeped in history and tradition, Gekka is as old as the academy itself. Its supporters wear uniforms featuring flowing, dark-green skirts for added noblesse.

Tendo Council: Tendo is a new student council that was formed after Gekka. Its supporters prefer a dress style that incorporates the latest in uniform chic, including burgundy bolero jackets, pleated miniskirts, and neckties.

Meanwhile, various student associations have been involved in a proxy war, with the sports teams supporting Gekka and the liberal arts clubs backing Tendo. Before I transferred, the student vote was split evenly between them, which means my vote will be the one that decides who gets the majority! Word has it that a similar deadlock happened six years ago, and it was a transfer student who broke it. Coincidence, huh? Anyway, as you can imagine, since day one of me moving here, neither faction will give me a moment’s peace! This isn’t how my sister said it would be at all…?!

Gekka Vice President Mashiro: “I wish the sports kids and liberal arts kids could just get along.”

Tendo Secretary Tateha: “With your vote, something might actually change around here.”

I was planning to live my new campus life in peace, but as the academy’s 777th student, the entire student population is watching my every move. Being 777 might sound like the jackpot, but the way things are going, I just might be the unluckiest kid here…

With two student councils to deal with, plus the ongoing proxy war, my new life at Ainoshima Academy is already off to a challenging start!

Curious about those events six years ago?