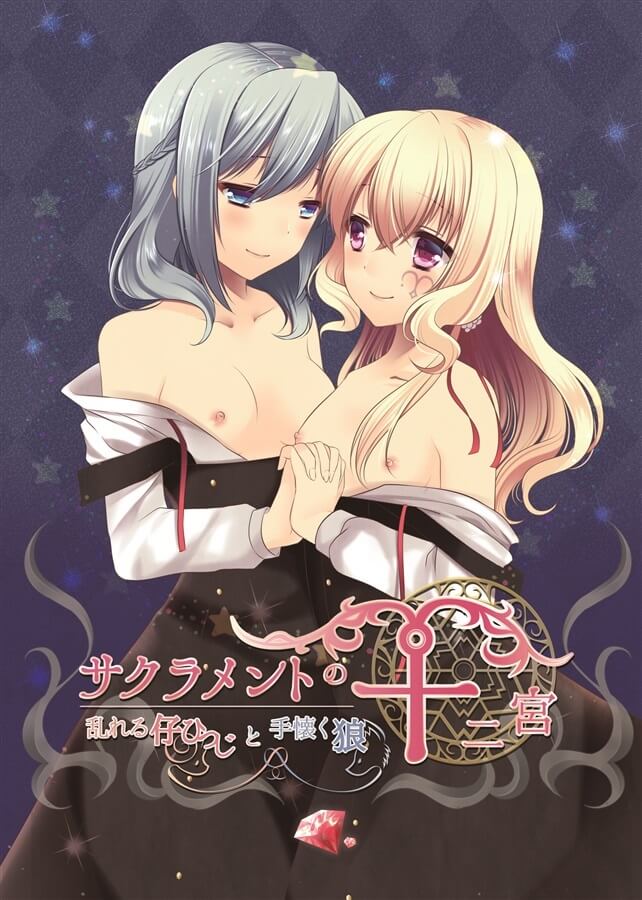 Every year, there is a ritual called the “Sacrament”, where they pray and get baptized to the goddess. There is a school saying, that if during this time a person shows one of the twelve zodiac stigmas, they will bring happiness to all. Alissa, who has been chosen as the Princess of the White Sheep, falls in love at first sight with Hitsuji, a recent transfer student. Understanding Hitsuji’s intentions, Alissa is attracted by her strength and awkwardness and decides to accept her.

Mokose Alissa, a first year who is partaking general courses. During the Sacrament, her cheeks showed the stigma of Aries and became the Princess of the White Sheep, believed to be one of the twelve to bring happiness.

Suou Hitsuji, a first year, who transferred to the school. She is shy as well very wary of her surroundings. However, she loves Alissa, who understood her from the beginning and accepted her as she is.

Two months from April. The story about the two is told.