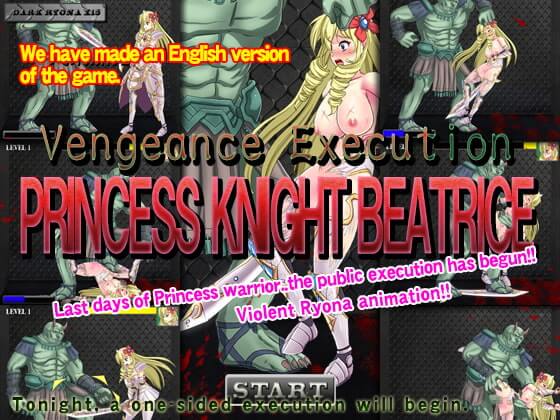 It’s been three months since the war was lost.
The princess knight Beatrice fought to the bitter end and her capture.
She has awaited execution in a prison cell.

The day arrives…
Monsters celebrate their victory with a feast and a fight.
Her execution is the main event.

In the last three months, her body and armor have been restored.

Excited shouts surround her as the battle commences.
She will be beaten, shamed, shattered and executed.
Her executioner is a boss troll that hates the princess for killing so many minions.

Beatings, broken armor. a public humiliation show.
Captured by monsters, the brutal and tragic exhibition of her punishment begins.