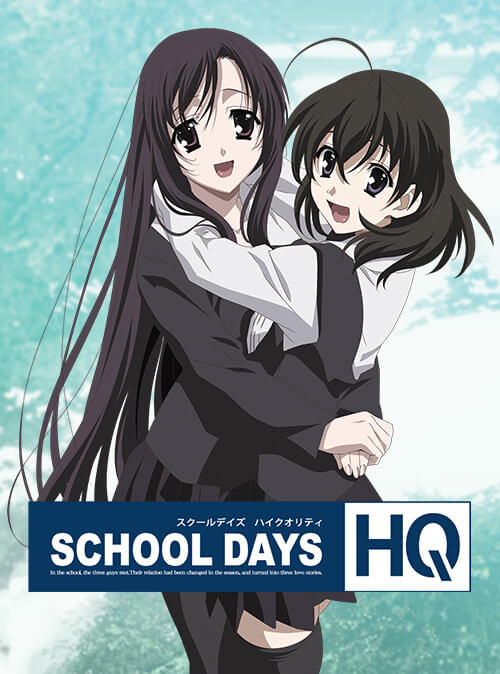 In the school the three people met. Their relation had been changed in the season, and turned into three love stories.

Makoto has been admiring a girl he has seen on the train. That girl is Kotonoha Katsura, and he even managed to take a photo of her with his cell phone. Due to new seating in his class, he ends up next to Sekai Saionji, a nosy, but sweet and sincere girl. As she snoops for his cell phone while talking to him, she discovers his crush and vows to help him until Kotonoha agrees to go out with him. When Sekai finally gets them together, she realizes her own feelings after finding out that the person Kotonoha liked was, in fact, Makoto. While waiting for her train next to Makoto, who was waiting for Kotonoha, she has him talking about how he can repay her for all of her help. Before leaving for her train, she kisses him and cries when she boards the way home. Kotonoha happily arrives for her date with Makoto shortly after. With all three main characters carrying different expressions on their faces, the story begins.