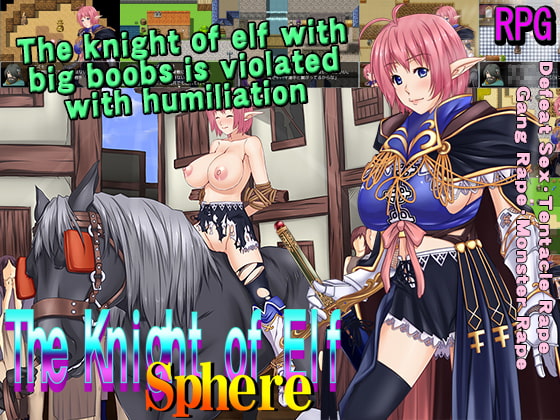 There are no countries.
Human, the beasts, elves. Three tribes fight against each other
to attain on ring.
And those who attain the ring can decide a class system in the society.

I’m Osmond.
I used to be a famous knight,
but nowadays I am just an old man.

While I met a person in the travel. That was Sphere, the elf knight.
I heard that she is finding the clue that her friend missed…

Luckily, we go traveling with each other.

Mainly, Sphere is rapped.
Defeat Sex,Tentacle Rape,Gang Rape,Monster Rape,etc.
To get the clue for her missing friend,
she is willing to serve her body.