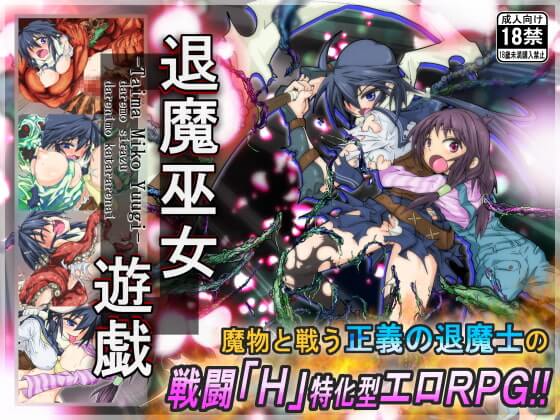 Taimamiko Yuugi Free Download with Direct Links, Google Drive, MEGA, Torrent. Taimamiko Yuugi, this is the tale of world where their exist monsters who are a threat to humanity…

This is the tale of world where their exist monsters who are a threat to humanity
and the Shrine Maiden Exorcists that stand up courageously to fight against them!

* The monsters will attempt to ‘steal’ the source of her Miko powers.
For a Shrine Maiden Exorcist is their favorite delicacy.
Be careful of their prying gaze and lewd grasp…
These monsters will mercilessly assail the erogenous zones!

ALL of the above… reflected in the in battle Pose Art!

* Proceed through the game freely, like a breeze,
You can head to the dungeon straight away. No need to read the opening
event if you are not interested and you can teleport directly to any area that
you have already complete. Where you go, is up to you.